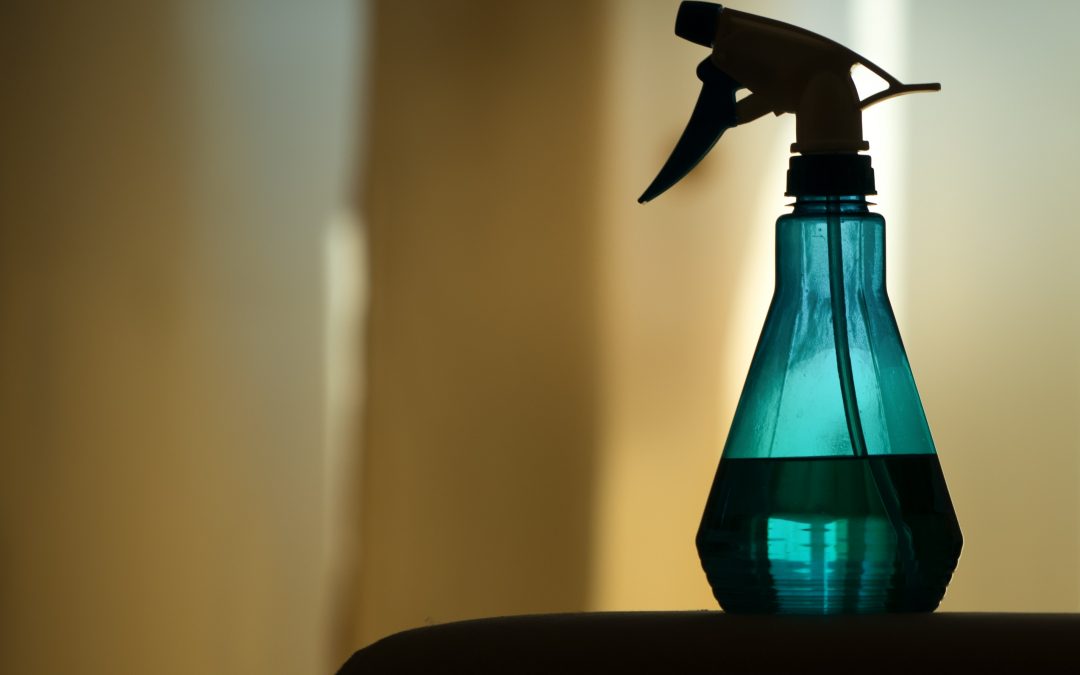 Got bed bugs? Sorry to hear it. We understand that when you first spot bed bugs or see strong signs of an infestation, you may feel a wave of revulsion or disgust. This overwhelming sense of “ick” may be very strong and is certainly understandable, but resist the temptation to panic. Aside from biting people and leaving itchy bite marks, bed bugs are harmless. They do not spread disease and with the exception of occasional allergic reactions their bites will not hurt you.

So if you know or suspect that you have bed bugs, stay calm. Bed bugs are a perennial pest. They’ve been with us for a very long time and they feed exclusively on blood but they are also manageable if you take the right approach.

Fortunately, unlike some insects like cockroaches, bed bugs are quite fragile and easy to kill. The challenge, like other insects, is killing all of them. It just takes one bed bug to start an infestation and they can live for a surprising amount of time without eating. One of the challenges of treating bed bugs is employing a treatment that can be relied on to get every one of the little pests.

This is why chemical treatments for bed bugs are so popular. The right chemical, properly deployed, can effectively deal with even the largest bed bug infestation. So what chemical kills bed bugs? There are a few. In this blog post, we’ll discuss some of the more popular ones used by pest control experts and DIY types alike.

There are quite a few actually. Bed bugs are not exactly the toughest of creatures and they are vulnerable to a number of organic and synthetic chemicals. We’ve selected some of the more common ones and listed them below.

Pyrethrins and pyrethroids are the most common chemicals used to kill bed bugs. They are different, but they’re almost always grouped together. This is because the former is a naturally occurring chemical derived from chrysanthemum flowers and the latter is an artificial compound that works almost exactly the same way. The two chemicals are often blended together to achieve bed bug killing synergies.

Pyrethrins and pyrethroids kill bed bugs (and most other insects for that matter) by attacking the nervous system. The chemicals attack a part of the insect’s cells called the voltage-gated sodium channels which regulate the movement of ions through cell membranes. This attack on these gates causes the insects to suffer extended nerve firings. If this carries on long enough, the bug eventually becomes paralyzed and dies.

Pyrethrins and pyrethroids are well liked by pest control experts and laymen because they are highly effective on bed bugs but don’t pose as large a threat to humans and many other mammals. Unfortunately, this is offset by the high lethality that these chemicals pose to aquatic life.

In addition to being lethal to friendly insects, pyrethroids are also extremely toxic to cats. These upshots mean that the deployment of any pyrethrin and/or pyrethroid insecticide should be done carefully and strictly following the manufacturer’s instructions.

Chlorfenapyr is a synthetic pro-insecticide. This means that when it enters the insect, the insect’s own metabolic functions turn the chemical into a lethal poison. It kills be attacking functions within the cell itself. Chlorfenapyr is extremely toxic to aquatic life so it should be applied only in situations where contamination of aquatic environments isn’t a possibility.

Neem oil (or Margosa oil) is a vegetable oil derived from the Neem tree, a plant native to the Indian subcontinent. Neem oil is an antifeedant, this means that it is a naturally occurring defense mechanism used by the Neem tree to discourage animals and insects from feeding on it.

When applied to bed bugs, it disrupts the actions of certain vital hormones used by the bug for the molting process. Neem oil isn’t particularly toxic to humans (indeed it is an ingredient in some soaps, shampoos and cosmetics) but can be harmful in large doses or concentrations so caution should be used in its handling and deployment.

Neonicotinoid insecticides are often deployed against bed bugs that have become resistant to other chemical treatments.

Insect growth regulators are chemicals that either mimic or inhibit the natural use of growth hormones within the bed bug.

Desiccants dry things out. Do you know those small packets filled with small grains of a milky colored substance that often come in clothing? Those are examples of desiccants.

How does a desiccant compound kill bed bugs? They don’t kill directly. Rather, they facilitate the death of the bug through dehydration.

To explain a bit about how it works, you need to know a bit more about a bed bugs’ body. Bed bugs have a waxy coating on their exoskeleton that helps the bug to retain water. When functioning normally, this shell enables the bug to hold enough water to sustain itself for quite some time.

When a desiccant gets on this coating, it breaks it down and the bug starts losing water. When enough water is gone and if the bug can’t feed it dies.

Desiccants are very popular bed bug treatments because, unlike other chemical compounds which bugs can develop resistant to thanks to random mutations and other factors, bed bugs cannot become resistant to desiccants. Ever. The physical process of having their shell destroyed and losing water is something that will happen every single time a sufficient amount of desiccant is applied.

There are several types of desiccants but two of the most common ones for bed bug treatment are boric acid and diatomaceous earth.

Most desiccants are also fairly harmless to mammals. Unless large amounts of it are inhaled or otherwise consumed or there is prolonged exposure, desiccants will not do much damage to people or animals.

That being said, as with all chemicals, desiccants should be applied with strict adherence to the manufacturer’s instructions both to maximize lethality to bugs and minimize any potential harm to people, animals or the environment.

We sometimes don’t think of water as a chemical in the sense of its use as an insecticide but it does apply.

Specifically water as steam, the hotter the jet the better. Steam is a very effective treatment for bed bugs which do not do well in very hot environments. When a hot jet of steam is deployed against bed bugs, it usually kills the bed bugs quite quickly.

Steam treatments are usually more topical than general. If you believe that a piece of clothing or set of luggage may have some stowaways, steam treatment can be an effective if somewhat limited home remedy for bed bugs. While it is certainly possible to treat an entire room with steam, this can time consuming and less effective than a bug bomb or some other passive, general treatment.

So what is the best killer for bed bugs?

Of all of these chemicals that we’ve mentioned the natural follow question is most likely “which one should I use?” If you’re wondering how to get rid of bed bugs overnight, several of these chemical solutions will probably work.

The answer to the question of which chemical treatment to use is complicated and so site specific that it’s really impossible to cover every possibility in this blog post.

The choice of which chemical and how it is deployed is one that has to be determined by the extent of the infestation, how many nooks and crannies there are in a room where bed bugs could be hiding and how much you are willing and able to pay for treatment.

If you are unsure, a pest control expert can examine the site and recommend a course of action.

A few words of caution

Chemical insecticides, whether organic or synthetic, are a godsend. Without these chemicals it would be very difficult if not impossible to effectively control insect populations and perpetual infestations of bed bugs and other pests would most likely be an unpleasant fact of life. Effective use of these chemicals can completely destroy a bed bug infestation.

That being said, all chemicals pose risks. Some chemicals used to treat bed bugs are highly toxic to people, animals, aquatic life and beneficial insects like honeybees and can contaminate environments for extended periods of time.

There is also the heightened possibility that improper application of chemicals to bugs will cause exposure, but not kill them meaning that bed bugs can become resistant to some chemicals making future infestations more difficult and expensive to treat. Think of “superbugs”, antibiotic resistant bacteria that are harder to treat later on because of partial or incomplete exposure to antibiotics. It’s important to prevent this by using any chemical treatment properly.

It is of vital importance that all chemical treatments of bed bugs be used responsibly. When deploying a DIY chemical solution to a bed bug problem always carefully and completely read the instructions and follow them to the letter. This will both maximize the efficiency of the chemical treatment and minimize the possibility of negative repercussions. It may be tedious to read all of that fine print, but you’ll be glad that you did.

Bed bugs are annoying. They’re gross. They’re nasty little parasites that literally suck your blood and leave itchy, unsightly bite marks in return. Fortunately, bed bugs are not a pest that you do not have to live with forever.  If, despite your best efforts, you find yourself sharing your bed and bedroom with hundreds of these little insects there are highly effective means to deal with them permanently.

We offer a number of DIY options for those who want to try eliminating bed bugs on their own. If you are more the type who would prefer to hire the job of eliminating a bed bug infestation in your home out to someone else, we can help with that too. Our pest control experts have years of experience in dealing with bed bugs and we have the tools, training, and education to eliminate your bed bug problem once and for all.

Give us a call. We’d love to put our expertise to work for you.

No comments to show.